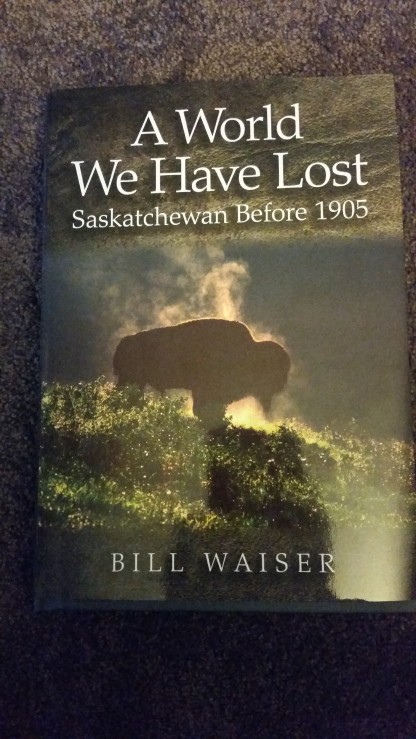 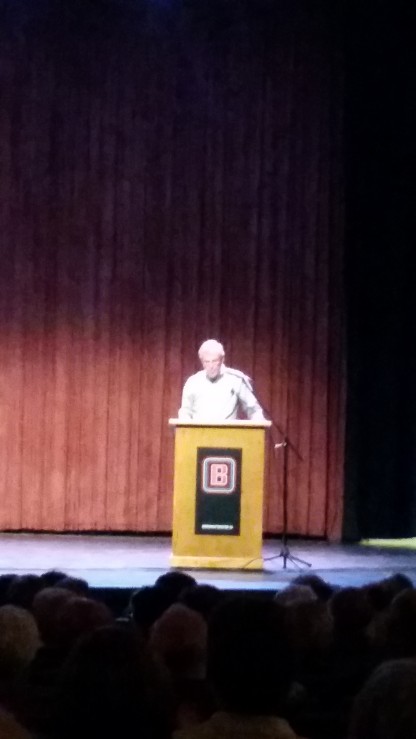 My daughter and I attended Bill Waiser’s  book launch last week at the Broadway Theater in Saskatoon.  It was quite an event with Guy Vanderhaeghe hosting and BD Willoughby launching his new CD at the same time.  Apparently Waiser and Vanderhaeghe have been acquaintances for decades.  Waiser read a couple of passages from the book, explaining his thought processes and discoveries while writing, and also the fact he had to ‘rethink’ history.  Being a retired university professor, Bill is quite an entertaining speaker.

The book is a prequel to ‘Saskatchewan – A New History’, which was produced by Waiser as a centennial project in 2005.  ‘A World We Have Lost’ takes us back as early as 1690 when fur traders established posts at Cumberland House and York Factory.  It details the smallpox epidemics, which had a dramatic effect on indigenous populations and therefore the future of the prairies.  Sadly, when Saskatchewan was founded as a province in 1905, the centuries and millennia that it followed were pushed aside.

As with ‘Saskatchewan – A New History’, ‘A World We Have Lost’ is sure to become an authoritative account of history on the prairies.