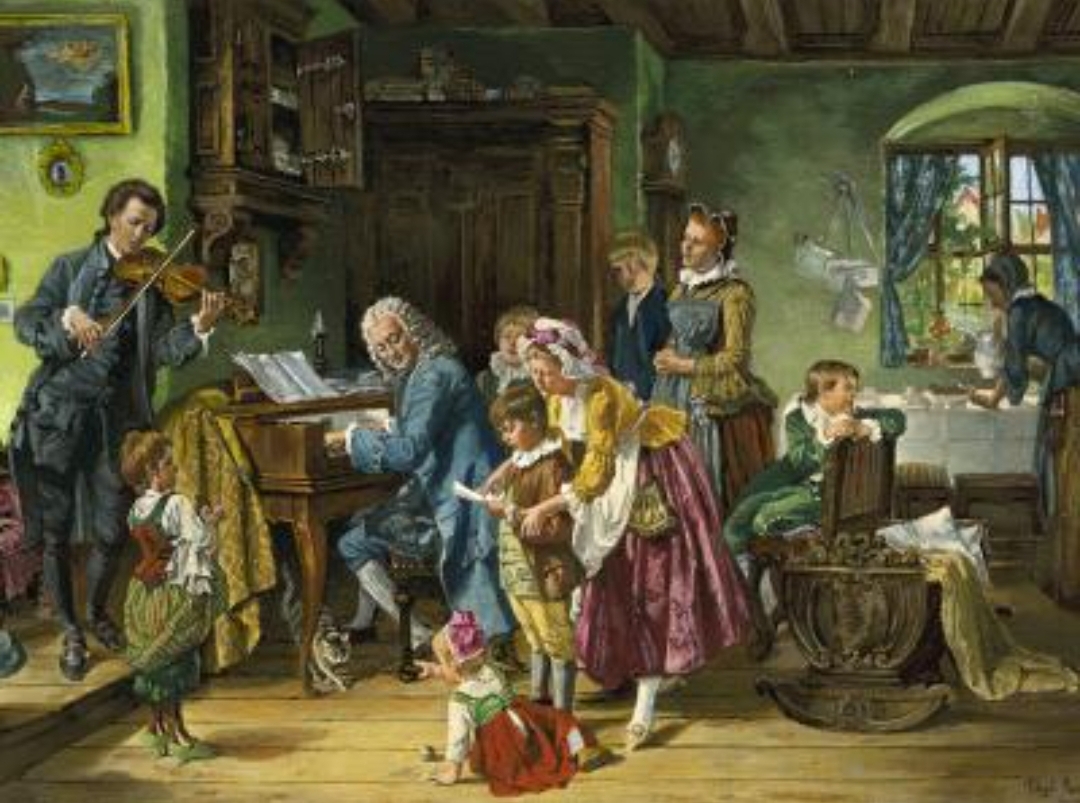 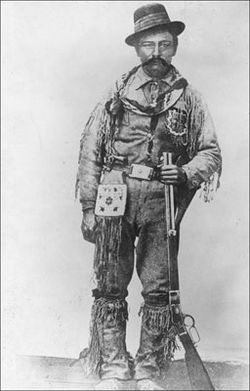 The far reach of his life story rivals even that of the great Sam Steele. In fact, it would be surprisiing if their paths did not cross at some point. As a frontiersman on the great plains, Jerry Potts may have even exceeded Steele in his influence on history, though this recognition was mostly posthumous. He truly was a remarkable man.

Late addition: A fairly in-depth story can be found here.

Potts was born at Fort McKenzie, Montana on the Missouri River, the only child of his Kainai (Akáínaa – “Many Chief”, while Káína – “Many Chief people”) mother Namo-pisi (Crooked Back) and Andrew R. Potts, a Scottish fur trader. 1840; . Upon the death of his father in 1840, Jerry was given to American Fur Company trader Alexander Harvey by Namo-pisi prior to her rejoining her tribe. A violent, vindictive man, Harvey neglected and mistreated Potts before deserting him in 1845. American Fur Company trader Andrew Dawson of Fort Benton, Montana, a gentle man who was called “the last king of the Missouri,” then adopted young Potts. He taught the boy to read and write and allowed him to mix with the Indians who visited the trading post to learn their customs and languages. In his late teens Potts, who adopted the carefree mannerisms of the frontier, joined his mother’s people and from then on drifted between them and Dawson. As a person of mixed blood, he had to prove to both Métis and whites that he could cope in their respective cultures, and was well served by his quick wits, reckless bravery, skills with the knife and lethal accuracy with both a revolver and a rifle.

When he became an adult through puberty, Potts was employed for several years by the American Fur Company, and from 1869 to 1874 he worked as a hunter for various whiskey traders. Much of this period of his life was shadowed by violence. He gained fame as an Indian warrior, and almost legendary accounts of his battles with the traditional enemies of the Blackfoot Confederacy, to which his mother’s people belonged – the Sioux, Crow, and the mighty Iron Confederacy (Nehiyaw-Pwat) (Cree, Assiniboine, Saulteaux, Stoney)abound.

Potts married two members of the Piegan Blackfeet (or Aamsskáápipikani – ″Southern Piikáni/Peigan″) named Panther Woman and Spotted Killer. Between the pair he sired several sons and several daughters. He considered himself a Piegan but he kept his Kainai name, Kyi-yo-Kosi (Bear Child).

By the time Potts was twenty-five, he was a wealthy man because of his horse trading. His herd rarely averaged less than 100 horses which made him the second wealthiest Indian in the area as wealth was measured by the Plains Indians in the number of horses a man owned. That his horses carried a number of diverse brands meant nothing. He could always produce bills of sale (even though he could not read them himself) for most of them. Those without papers, if they were American horses, were sold in Canada while paperless Canadian horses were sold south of the Medicine Line. Those branded with the markings of the US Cavalry were sold as far north as possible unless he had papers proving they had been purchased legally.

The going rate for a good horse at the time ranged between $75.00 to $150.00 so his large inventory showed his wealth. When he journeyed to Montana Territory to buy horses he would carry cash – often as much as a thousand dollars – with which to make the transactions. People knew he carried such amounts but they also knew he was Jerry Potts so he was left alone.

He became a minor chief with the Kainai when he was perhaps twenty-five in recognition of his bravery in battle, his unquestioned leadership abilities, and his knowledge of the prairies. It is said he knew every trail from Fort Edmonton to the lands of the Cheyenne and Apache and every hill between those trails. He could find game when all others had returned to camp empty-handed. He spent much of his time in what is now Montana, guiding, trading horses, and drinking.

Potts could speak several languages. He was fluent in American English, Blackfoot, and Crow (Apsáalooke aliláau), had a better than average ability in Plains Cree (nēhiyawēwin)(which he would speak only when necessary), and was passable in Lakota-Sioux (Lakȟótiyapi), Assiniboine (Nakona or A’ M̆oqazh), and Algonquin.

For all his ability to get along with white men Potts was very much an Indian. He never fully understood the white man’s reasoning. For instance, he could never understand the reason that white settlers equipped their houses with chamber pots. “Why,” he once asked a Mountie, “would anyone piss in a perfectly good eating bowl when the entire prairie lay before him”?

During his teens Potts passed all the Indian rites of passage including the final agony of the Sun Dance wherein the fledgling brave is tied to a pole by thongs threaded through his chest muscles. Successful completion of this rite meant the youth had achieved glory by tearing himself loose either immediately or by staying tied to the pole in absolute silence for up to three days and then tearing loose. Potts chose to remain the full three days for such was his nature. He also belonged to several of the secret warrior societies which prevailed in large numbers throughout the Blackfoot nation.

Potts wore his “magic” talisman – a cat skin – next to his body at all times and hung his captured scalps on the lodge pole of his main teepee in Indian fashion. Still, he wore the clothing of the white man most of the time including a fashionable hat that sported a wide headband. His bushy, drooping mustache was as stylish as that of any white man.

From a distance the stocky, bow-legged Potts looked like a white trapper in his buckskin clothing, his Stetson at a jaunty angle upon his head. Two .44 pistols hung from his gun belt complimenting the Henry rifle which never left his side. On his leg was strapped a long-bladed skinning knife. He always kept a small gun inside a hide-away pocket, a practice that saved his life on several occasions.

Therefore, in 1870 various Nehiyaw-Pwat bands of Plains Cree and Plains Assiniboine began a final effort to get hold of their prey, by beginning a war. They hoped to defeat the Blackfoot weakened by smallpox. An advance party of Cree and Assiniboine under the lead of Plains Chief Chief Big Bear (Mistahimaskwa) and Piapot (Hole in the Sioux), Chief of the Cree-Assiniboines (Young Dogs), had stumbled upon a Peigan camp near Fort Whoop-Up (called by the Blackfoot Akaisakoyi – “Many Dead”) and decided to attack instead of informing the main Cree body of their find. Just in nick of time Jerry Potts with a group of Peigans and 2 Blood bands who armed with repeating rifles came to their assistance. In the daylong so-called Battle of the Belly River on October 25, 1870 near present-day Lethbridge (called by the Blackfoot Assini-etomochi – “where we slaughtered the Cree”) the combined Cree-Assiniboine force, who lost over 300 warriors, was defeated. The slaughter was such that Jerry Potts said; “You could fire with your eyes shut and be sure to kill a Cree.”

The next winter the hunger compelled the Nehiyaw-Pwat to negotiate with the Blackfoot, and in 1873 Crowfoot (Isapo-Muxika) (Issapóómahksika – “Crow-big-foot”), chief of the Siksika (Siksikáwa – ″Blackfoot People″), adopted Pitikwahanapiwiyin (Poundmaker) of mixed Cree and Assiniboine parentage, creating a final peace between the Nehiyaw-Pwat(Cree-Assiniboine) and Blackfoot. The Battle of the Belly River was the last major conflict between the Cree and the Blackfoot Confederacy, and the last major battle between First Nations in Western Canada.

In 1871, Potts was about thirty-one when his mother was murdered. Her killer had been an Indian who was drunk on “firewater” so he declared his own personal war on the whiskey runners. By the time Potts was 36 he had killed at least 40 men, mostly whiskey runners.

He only ceased working for the force at age fifty-eight because the pain of throat cancer made it so that he could no longer ride. He died a year later, on 14 July 1896 at Fort Macleod.

Jerry Potts was buried at Fort Macleod with full honors in 1896 having served with the North-West Mounted Police for twenty-two years and being given the rank of special constable.

Potts always received more salary than any other guide/interpreter because as a guide he had no equal. He was useful as an interpreter because he spoke all the Indian languages of the prairies. He could also speak passable Sioux – if he felt like it. He also understood the differing cultures of the Indians and the North-West Mounted Police. He was able to instruct the police in the proper procedures for receiving a chief. His interpretations would also be different, depending on who he was speaking to. His interpretations of the long, verbose speeches of the Indians were always short and concise. Long speeches would be reduced to only a few words. His interpretations into the Indian languages, however, were always long and passionate. Potts did this because he understood that long speech in Indians cultures was meant to show respect, while for whites, it was only a way to show off.

Once, following a Blackfoot chief’s extremely long, flowery, impassioned speech to a delegation of visiting officials who had arrived from Ottawa to sign an historic treaty with the Blackfoot people, Potts remained silent as if fully digesting the colorful language. Finally, when asked what the chief had said, the laconic Potts shrugged and replied, “He says he’s damned glad you’re here.” On another occasion, when asked by Inspector MacLeod what lay beyond a high rising hill ahead, Potts muttered, “Nuther hill.”

Potts had two wives, who blessed him with several sons and a couple of daughters. He named one of his sons Blue Gun in commemoration of his favorite rifle. His many descendants still live mainly in Alberta and Saskatchewan with a few in Montana. Three of his descendants, one a young woman named Janet Potts, became Royal Canadian Mounted Police officers during the middle years of this century.