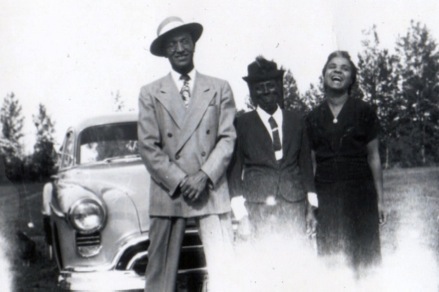 Around 1910, 40 black people emigrated from Oklahoma and settled in the Eldon district north of Maidstone, Saskatchewan. Like everyone else at the time, they were lured by the promise of free land, but they hoped that along with the land would come true freedom.

By all accounts, they found their promised land. The Mayes family made up a large part of the contingent. Some may remember the name Rueben Mayes, who was a running back for the New Orleans Saints and Seattle Seahawks between 1986 and 1993.

Most of the community eventually drifted to North Battleford, where many live today.

Following are a few interesting articles: