Alex Janvier was born in 1935, and is a proud Denesuline and Anishnaabe man from the Le Goff Reserve, Cold Lake First Nations in Alberta. He began painting at a very early age while at the Blue Quills Indian Industrial School, and has not stopped since.

“Janvier’s practical approach to the culture of nature and his pragmatism toward modernity has led to his art becoming one of the most individualistic styles of his generation.”

My wife, Diane, and I made the trip to the Janvier Gallery on November 25, 2017. We were met by Nikita and Flash, who guarded the gallery (just kidding, they’re big puppies). Flash got tired and went home. 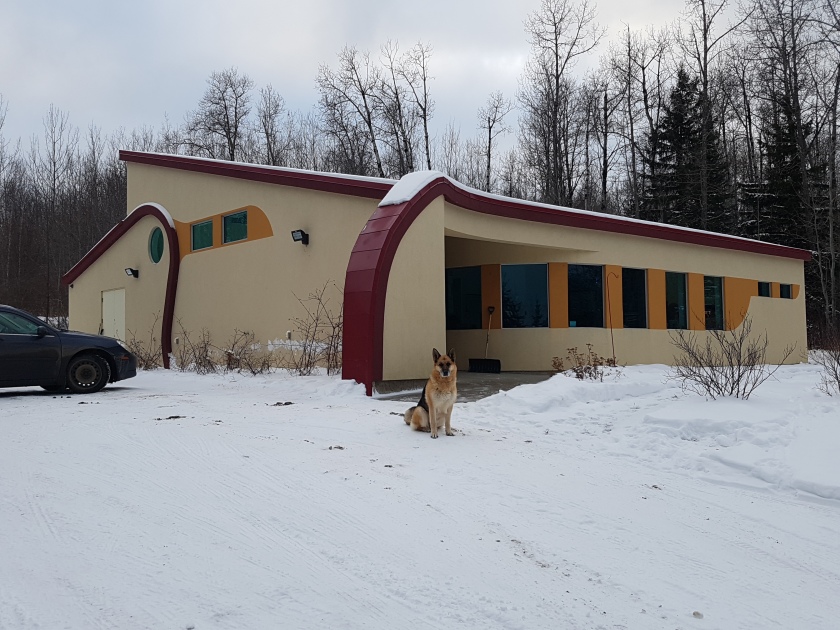 The Gallery is situated near English Bay on Cold Lake First Nation, which would be to the left of this photo: 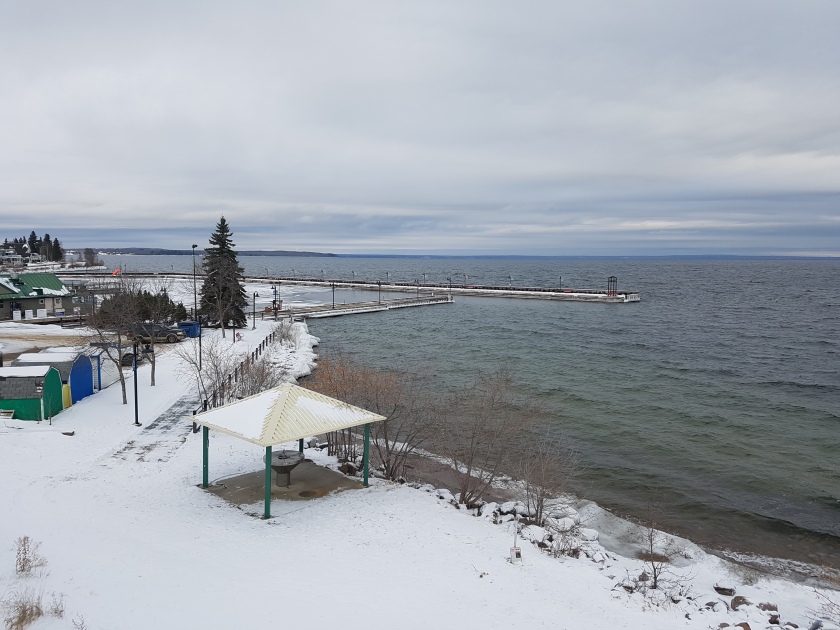 Alex’s wife, Jacqueline, greeted us outside. Jacqueline is Diane’s first cousin and they had not seen each other in nearly fifty years. Her grandson, Ty came along and said hello. It was quite a reunion! 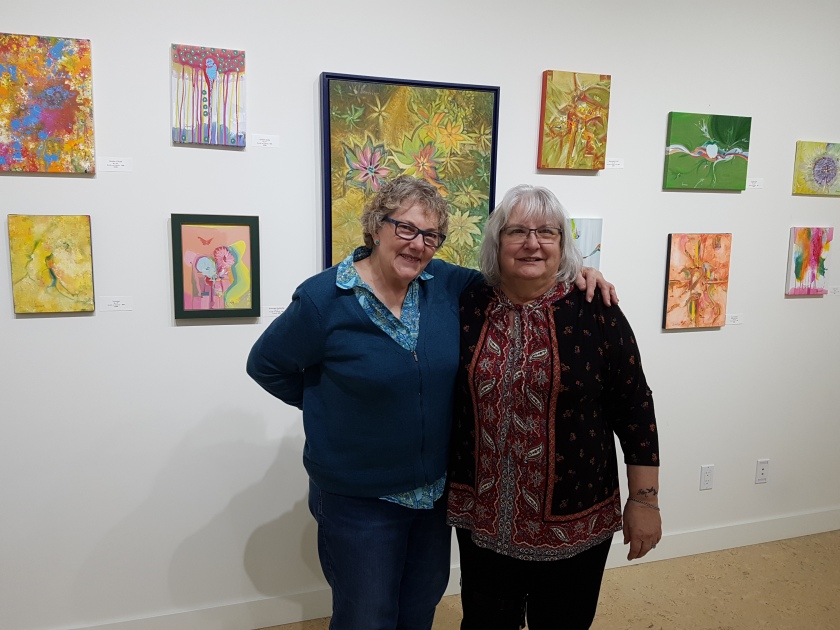 The gallery is certainly a diamond in the rough, and exudes class and elegance from the moment you walk through the front door. Alex’s art adorns every available wall spot (even in the washroom)!

We spent a wonderful couple of hours looking at the art and visiting. Jacqueline shared stories and background information on many of the works. Most of the works are for sale, and there are both originals and prints. For more information, visit www.alexjanvier.com

Alex and Jacqueline were able to join us at Boston Pizza in Cold Lake later that day, where they graciously bought us supper. I had literally no idea what to expect of such an accomplished and larger-than-life man, but in the end, it should not surprise that he is just that — a man. He is soft-spoken and articulate and a natural conversationalist.

In the too brief time we had, he talked of family and shared life and work experiences. Alex is not a large man, but I felt spiritual power and stolid conviction emanate from him as he spoke. Nature and the land are at the core of his beliefs.

Alex Janvier has spent a lifetime championing his people and their struggles, and his art tells their story. He told me that he is one of only about 80 elders who still speak the Denesuline language, though he admitted wryly that English has contaminated his own. He has two children who are interested and try to either speak or understand Denesuline, but he fears the language will eventually be lost.

As a casual writer, I am interested in other artists’ creativity and inspiration in their work. When I posed the question to him, he replied, (to the effect of) “I learned at a very young age how to apply myself to my work.”

I think he was saying that creating art is mostly hard work. Perhaps the old ‘creativity is 99 percent percent perspiration and 1 percent inspiration’. I guess I can’t disagree with him.

Art has been a major vessel for Alex to express his pride, his frustrations and even his anger. His list of awards and honourary degrees is most impressive.

He is very wise. We would all do so well to emulate a man of his stature.

Alex stands on his mural on the floor at Rogers Place in Edmonton. Murals have been a significant part of his lifetime’s work: