Alex Decoteau (pronounced Dakota) of the Red Pheasant First Nation in Saskatchewan was an athlete, a police officer and a soldier.  It was said he could outrun everything but the sniper’s bullet that ended his life in the battle of Passchendaele on October 30, 1917. He was killed just weeks before his 30th birthday.

After much local success, many Edmonton athletic clubs courted him for membership. On Canada Day in 1910, Decoteau won four races at the provincial championships in Lethbridge — 5 miles, 2 miles, 1 mile and the half mile. He competed in the 1912 Olympics in Stockholm, Sweden placing eighth in the 5000 meter event after suffering leg cramps.

While in Europe after enlisting in the Great War, he continued to race, though opportunities were limited.  He won many medals and trophies, including one prized possession.  At a race in England, King George V was to present a trophy to the winner, but it was not available.  He reached into his own pocket and handed Decoteau his own gold pocket watch.

Entering another event in England, he assumed it was a running race, but it turned out to be a bicycle race.  Undaunted, he borrowed a bicycle and proceeded to win the race, adding to his own legend.

After he fell to a sniper’s bullet, a German soldier grabbed his prized gold watch. Ironically, the same German was killed a few days later and Decoteaux’s comrades recovered the watch, returning it to his family.

Alex Decoteau is buried in Ypres, Belgium.  His spirit was laid to rest 68 years later in a special ceremony at Red Pheasant First Nation. 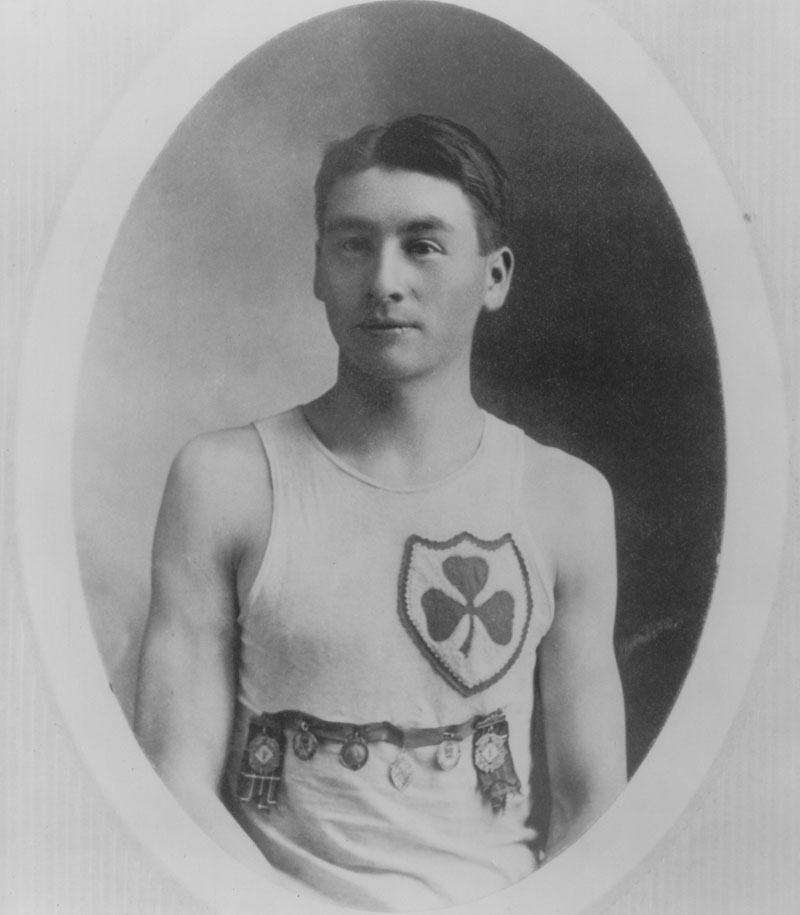